Worldwide, open-source SW is used in a broad sense, including Free Software (Free Software) of the Free Software Foundation (FSF). However, there are subtle differences between free software and open-source software in history and pursuing ideology. As software developed into a vast value-added industry from the 1980s, there was a movement to impose restrictions on copying, distributing, and modifying software through intellectual property rights and license agreements. Against this move, Richard Stallman founded the FSF and launched the Free Software (SW) movement.

However, the word 'free' of Free SW was recognized as free by the general public. Due to strict GPL provisions, it was not available for commercial SW development, so most companies were reluctant to participate in the Free SW Movement. To attract more participation, Eric Raymond and Bruce Ferrence proposed a new term, 'Open Source'.

And such open-source began to be widely used in 1998 when the Open Source Initiative (OSI) was formed, which is responsible for activating open source SW and certifying open source SW. OSI defines the minimum standard for licenses corresponding to open source (Open Source Definition, OSD) and works to authenticate, manage, and promote according to this definition.

Copyright (copyright) is the right acquired by the creator (author) for a creative work, and protects the result of creation, and the right arises at the same time as creation. Therefore, when a programmer develops a specific software, a computer program copyright is automatically generated, and the right is granted to the programmer or the company to which he belongs. In the case of copyrighted works, no one can write the work without the copyright holder's permission.

A patent is an exclusive/exclusive control right arising with an invention, which must be filed under the procedures prescribed by law, and is granted through examination. To use the patented technology, you must obtain the permission of the patentee. If the software implements the patented method, it must obtain explicit consent from the patentee regardless of the programming language or source code.

It is protected by the three mentioned above and can only be used by the copyright holder. Still, the right holder can give other people the authority to perform specific actions under certain conditions. These rights are commonly referred to as licenses. For example, when we purchase Windows, we only get a license (right) to install Windows XP on one computer from Microsoft, the right software holder. Therefore, even if you purchase genuine Windows, you cannot lend it to someone else or sell it by replicating it.

The open-source SW license is a contract that clarifies the scope of using methods and conditions between the open-source SW developer and the user. Therefore, to use open-source SW, the license prescribed by the developer must be observed. If this is violated, a license violation and copyright infringement occur, and you will be held liable for this.

This open-source SW license guarantees the free use of users. The reason open source SW creates and operates such a license is to disclose source codes within the framework of the law for SW developed using open source SW.

The optional requirements depend on the license. For more details, refer to the Compliance Requirements for Each License (3.2) of the Open Source License Guide provided in PDF.

Many open source SW licenses specify that the open-source SW is used when using the SW. This is what this software used to be open-source software. It is to state whether it is used or not clearly. If there is a user manual or other alternative media available, you can write it there.

In some cases, open-source SW specifies that the source code of the relevant part must also be disclosed when there is a part modified or added according to the license. A representative license is the GPL. However, the exact scope of disclosure may also vary depending on each license's extent and the method of developing the software. 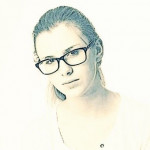 Why is Salesforce so Successful?

How to make money online During Lockdown?

How to Empty the DNS cache in Windows 10?